In 2017, we found ourselves struggling to come to terms with what our country had become. Overwhelming political conflict consumed us, police brutality and racial injustice divided us, mass shootings disparaged us, sex scandals exposed us and natural disasters left us defenseless.

But in the hardest of times, we did what no one thought we would—we fought. We fought for injustice, and we fought for truth. We fought for our voice to be heard and for changes to be made. We fought for our rights that were being taken right out from under us and for the rights we had not yet been given. Although this seems like it was a year of confusion and hopelessness, it was actually a year of forward movement. The oppression we faced and the cruelness we felt made us come out stronger, and it even showed how many people in the world are truly good.

2017 was the year the woman kicked ass, and here are a few reasons why.

We Ran for President

We Showed the World How to Protest Peacefully

We took lemons and made Lemonade

Meryl used her acceptance speech for the Cecil B DeMille award at the Golden Globes to call out Donald Trump on her beliefs of his unfair treatment to society,  which attracted global attention.

A total of 4.5 million woman marched all over the world the day after Trumps inauguration to stand up against gender inequality—and you better believe Pittstop was among them.

Women spoke out against those that sexually assaulted them, abused them, or made them feel helpless. Person of the year became ‘people’ of the year when Rose McGowan started a long chain of women who broke their silence and said, “Me Too.”

We Saved the World

The hero of the story was a  women for a change, and a pretty bad ass one at that. The film Wonder Woman swept box offices, and it was even directed by a woman herself—Patty Jenkins. (Jenkins was also among TIME’s people of the year) 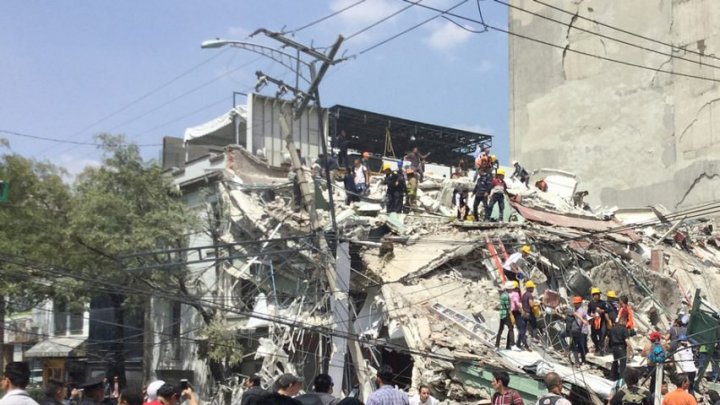 In the wake of the devastating Mexico Earthquake, hundreds were killed and a trail of destruction followed. Mexico’s Women’s Fund, consisting of a powerful movement of women for the last 25 years, began a campaign to help rebuild Mexico and help those who survived the disaster.

In August of 2017, Lebanon’s Parliament repealed an archaic law that allowed men accused of rape to be exonerated if they married the individual. Jordan and Tunisia soon followed, along with new laws that outlawed violence against women.

The trend followed when a law passed in Saudi Arabia allowed women to obtain drivers licenses and rive a motorized vehicle.

MTV did away gender-specific categories at the Movie & TV awards in May of this year, allowing Emma Watson to be one of the boys.

Who knew equal pay for men and women was still an issue? Jennifer Lawrence talked about it in a Lenny Letter when she spoke out about being payed less than male co-stars.

Cat Sadler, host of E! News recently resigned when she found out her male co-host was making twice her salary.

We Supported Each Other

The He For She initiative showed that men are feminists too.

There are so many more reason why this was the year of sheer girl power, but among all we went through this year, I think it’s clear that we came out the other end stronger.

We hope these achievements have inspired you to carry this hope into the new year, because as Princess Leia showed us, “Her place is in the resistance.”

a young adult’s guide to PGH & the real world

Whether you've lived in the city your whole life, you’re a new resident of the Burgh or you’re just making a pittstop...

We are setting out to capture the beauty of Pittsburgh through food, fashion and fun.